Snakeheads on the menu? Sounds like a meal straight out of Hollywood. In reality, it’s how Chad Wells, Maryland-based chef and restaurant consultant, hopes to put a dent in the population of this invasive yet edible fish – the snakehead is a tasty invasive species!

Aggressive African and Asian native species traveled to the United States in the early 2000s via the pet shop trade and now invade waterways from Maine to Florida and beyond. Chef Wells, who’s been featured on the Food Network, Cooking Channel and Travel Channel, is one of a number of chefs and scientists who are advancing the concept of to “beat ’em, eat ’em.” 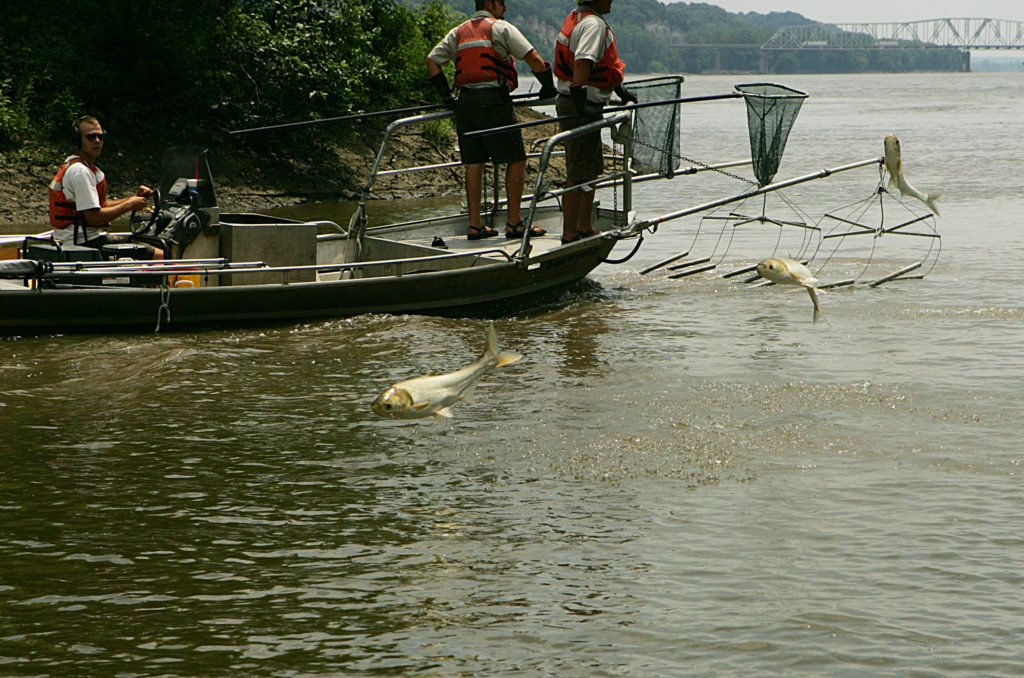 What makes a species invasive and a threat to indigenous fish, plants or wildlife, is its location. For example, Atlantic salmon are endangered species in the U.S. East Coast waters. In the Pacific, it’s a different story. Case in point was the incident caused when underwater net pens collapsed in harsh weather off Washington State’s Salish Sea, and more than 300,000 farmed Atlantic salmon swam free. So, catch an Atlantic salmon in the Pacific Ocean, and you can fire up the barbie guilt-free.

“Lionfish have invaded popular cruising areas along the East and Gulf Coasts. They are charismatic, easy to identify and fun to catch as part of community-hosted lionfish derbies. Their firm-textured, mild-tasting white flesh is delicious, but you need puncture-proof gloves and pliers to remove the poisonous spines. Asian carp, found all along the Mississippi River, are voracious. That’s what makes it problematic. Asian carp flesh has a mild taste, and it has a low mercury level, because these fish don’t eat other fish.” Even Maryland’s beloved blue crab has traveled across the Atlantic and is now considered an invasive species in Spain.

In the wild, scientists recommend a positive identification and knowledge of local fishery laws before catching and eating invasives. Some coastal fish markets and even large supermarket chains such as Whole Foods have test marketed selling these species. 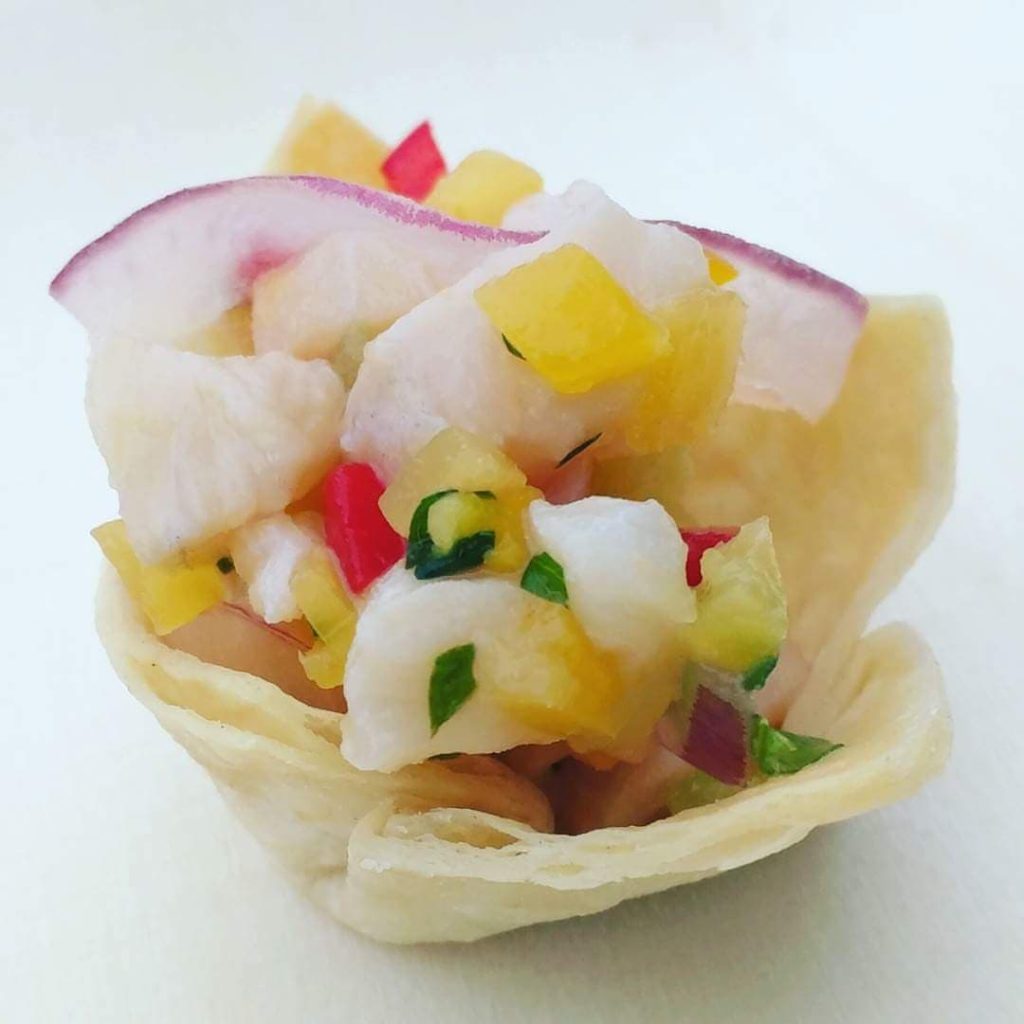 To cynics who say putting invasives on the plate doesn’t put a dent in their population, Chef Philippe Parola, a Louisiana chef who created commercially available fish cakes from Asian carp, has this to say: “My good friend and fellow chef Paul (Prudhomme) came up with a recipe in the 1980s for blackened redfish. It became so popular that redfish became in danger of extinction. This is the power of consumption.” ml

Ingredients for the Fish:

In a nonmetallic dish, cover the fish with the citrus juices. Cover dish and place in the refrigerator. Let mixture stand refrigerated and undisturbed for 4 hours.

In a nonmetallic mixing bowl, place all ingredients and mix to combine. Add salt as needed. Dice vegetables as small as possible for the best results. Keep in mind that the knife work is important here. Leave salsa in the mixing bowl and prepare to plate.

Remove the fish mixture from refrigerator. Pour mixture into a strainer. Strain juice from the fish and discard liquids. Add fish to

the mixing bowl with the salsa and mix to combine. Salt and season accordingly. You may also add more lime juice. Serve immediately with plantain or tortilla chips.

This recipe also works well with any firm white-fleshed fish such as striped bass or grouper.

For a chance to sample Chef Chad Wells’ invasive species creations, follow him on Instagram @chefchadwells for details on upcoming pop-ups and interactive demos in the Delmarva region.