Fishing – and winning the top three places — at the renowned Ernest Hemingway International Billfish Tournament held each May or June in Havana, Cuba, seemed like the best way to celebrate the Stuart Sailfish Club’s 75th Anniversary. Tom Dyer, the club’s president, came up with the idea last year as the highlight of the club’s year-long celebration and was surprised when only three days after the notion struck him he received an official invitation from the tournament’s director.

The Stuart Sailfish Club has more than 300 boats in its fleet, and there was a lot of interest in this trip. In the end, 51 boats and more than 320 crew members committed to the adventure. Tom had his hands full trying to plan a trip of this scope — and to Cuba, no less. He quickly enlisted the help of Michael Moore, a maritime lawyer who specializes in travel to Cuba and who was able to facilitate the permits for the fleet. The United States has 12 general permits for travel to Cuba, and the club was able to fall under one of these to obtain permission. Tom also hired Colin Gangley from Experience Cuban Culture to handle the hotels, visas, ground transportation, cultural events and other logistics.

The fleet set out on Thursday, June 9 for Key West, spending two nights at Stock Island Marina Village before making the 90-mile crossing to Havana. Stock Island Marina Village is a first-class facility with 220 slips for vessels up to 300 feet and a fuel dock, a few miles from downtown Key West. The marina hosted the group and arranged activities, including a dock party with live music and a Pilar Rum tasting and a celebratory dinner. Saturday morning, the club was split into five groups based on the speed of each vessel for a Bimini start. The fleet ranged from a 27-foot Scout to a 75-foot Hatteras Motoryacht, so the average speed of the group varied quite a bit, with the first group cruising at speeds up to 40 knots. 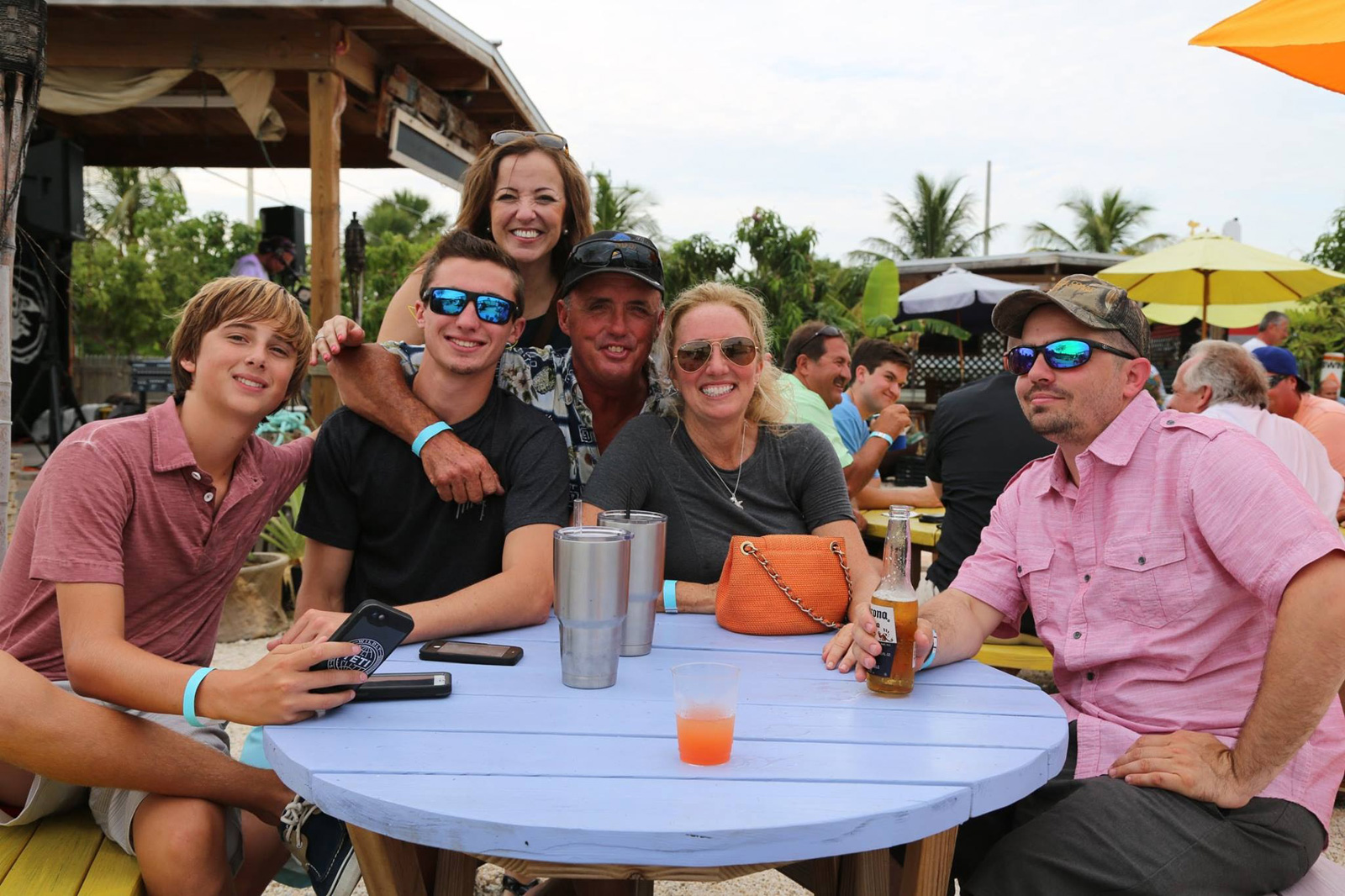 Tom’s boat was one of the last to leave, and even though it took him six hours to cross, there were still vessels waiting to clear Cuban customs when he arrived. But despite the wait, the Cubans were immediately welcoming and engaging. Tom had specifically planned for the group to arrive three days before the start of the tournament so that they could explore and enjoy some outings, which ranged from cigar and art tours to skin diving and, of course, rum tastings. Highlights included a pig roast at the Hemingway Marina, a meal at El Aljibe — famous for its secret 62-year-old roasted chicken recipe — and dinner with the U.S. Ambassador to Cuba. The group also met with the Cuban Little League Association and presented them with more than 150 bats and gloves (plus some soccer balls) for the children.

And then came the tournament. The 96 competing boats fished just a few miles offshore, where depths quickly dropped to more than 2,000 feet. The long, 10-plushour days were tough — a whole day might only yield one or two fish. Charlie Conigliaro on Unbelieveable, the first-place winner, caught a mahi and four blue marlins. “If it weren’t for my crew,” Charlie says, “we never could have done it.” The second- and third-place awards went to Bull Run and Cajun Queen, also members of the Stuart Sailfish Club.

According to Tom, it was the trip of a lifetime — and now he can check the famous Hemingway Billfish Tournament off his bucket list.