Bike, hike or walk along these seaside trails.
Best of Lists

Seaside Trails to Wander On!

Traveling by boat, we’re given the wonderful opportunity to experience destinations up close and personal at a slower pace. The same can be said for bicycling, walking and hiking. These liberating activities allow you to connect with the people and places around you in a more intimate way while also supporting an environmentally friendly, healthy lifestyle. Here are 12 trails to try on your summer sojourns.

This paved trail follows the Cape Cod Canal’s southern side for 7.5 miles between the Bourne and Sagamore bridges, offering fantastic views of passing boats in addition to a shoreline backdrop of quaint homes and natural beauty. A self-guided tour of landmarks provides education on bridges, boat basins and even the wreck of the Stephen R. Jones along the route. You can download the corresponding pamphlet from capecodbikeguide.com/canal.asp.

Where To Dock:
Hyannis Marina 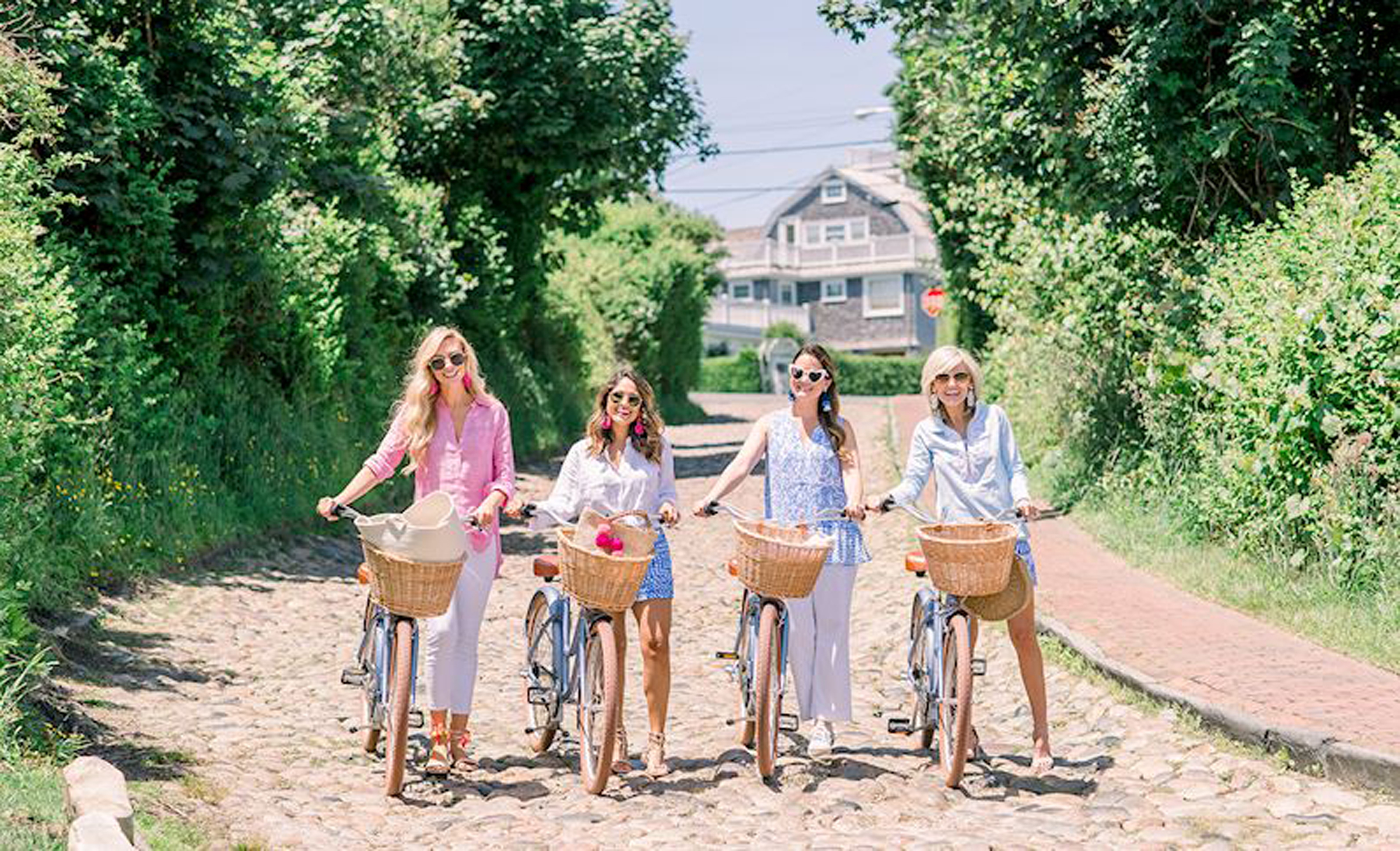 More than 30 miles of protected (separate from road traffic) bicycle paths span the small, flat island of Nantucket, making two wheels a convenient and enjoyable way to explore the dune-backed beaches, museums and lighthouses and other sights. You also find marked walking paths as well as guided walking tours of the 18th-century historic district and nature/bird walks at several of the island’s conservation areas.

Where To Dock:
Nantucket Boat Basin

Imagine being able to circumnavigate the entire island of Manhattan by bike or on foot. That’s the vision for the Manhattan Waterfront Greenway, a 32.5-mile paved pedestrian promenade and bicycle path that will connect a network of green spaces totaling more than 1,000 acres — a space larger than Central Park. Discover gardens, picnic areas, playgrounds, restaurants and more. Five gaps in the loop still exist, but the project is expected to be completed by 2022.

Where To Dock:
North Cove Marina at Brookfield Place

If you’re a cyclist looking to log some miles once you’ve pulled into port, the Florence route is a favorite in the Oriental area. The 33.6-mile ride uses mostly rural roads as it heads north out of town, does a big loop through flat countryside and along the scenic coast of the Albemarle- Pamlico Peninsula, and then returns to Oriental. According to locals, on any given weekday, you may never pass an automobile on this route.

Measuring about seven miles long by 1.5 miles wide, this lovely barrier island boasts 20 miles of picturesque paths and trails. The western half is almost entirely marshland, and you can ride or hike right through it for an unfiltered look at nature’s wild majesty. Or take a tour with one of Jekyll’s park rangers. The island also features eight miles of wide, flat beaches on its eastern shore, with sand packed hard enough for easy walking or biking.

Where To Dock:
Jekyll Harbor Marina

Stretching 13 miles from Fort Pierce and Jensen Beach, this paved multi-use path offers a multifaceted look at South Florida. Start at Jetty Park and skirt miles of beaches, pass through residential areas with hotels and restaurants, and farther south reach Pepper Beach State Recreational Area, known for wooded hiking trails and solitude. At some sections of the trail, the island becomes
so narrow that you can see both the Atlantic Ocean and Jupiter Inlet.

The Sunshine City has invested millions in its CityTrails system, which includes designated bike paths as well as on-road bike lanes. One of the gems is North Bay Trail, a multi-use recreational route that runs along the spectacular waterfront and cuts through the city’s marina district. Users can easily access the top restaurants, shops and museums that downtown St. Petersburg offers. Farther north, enjoy several parks and scenic Coffee Port Bayou, known for its manatees that feed in the shallows.

The Lake Huron Circle Tour follows vehicular roadways 1,059 miles around the second largest Great Lake. It starts from Blue Water Bridge in Port Huron and goes clockwise, entering Ontario for roughly half its length, then eventually closing the loop back where it started. In route, you cross the Mackinac and International bridges, take a ferry between South Baymouth and Tobermory in Ontario and visit Manitoulin Island — the world’s largest freshwater island. Just follow the route markers: white-on-green in Michigan; white-on-blue in Ontario.

Where To Dock:
Bridge Harbour Marina

Once finished, this paved recreational trail will extend 89 miles from Two Harbors to Grand Marais, MN, overlooking Lake Superior’s beautiful and historic North Shore. Several segments of the trail, totaling 29-plus miles, are already done. The longest (14.6 miles) connects Goosebury Falls State Park to the town of Beaver Bay, passing through Split Rock Lighthouse State Park on the way. Other sections are seeking funding, with an overall project completion date still to be determined.

Where To Dock:
Barkers Island Marina

Known locally as “The Strand,” the Marvin Braude Bike Trail is a 22-mile path that runs along Santa Monica Bay, from the northern terminus at Will Rogers State Beach in Los Angeles to the southern terminus at Torrance County Beach. The sights along the way are legendary: Santa Monica Pier, Venice Beach, Marina Del Rey, Redondo Beach and more. Most of the route is on wide concrete that twists and turns at the back of the world-class beaches, with shops and bistros galore.

Where To Dock:
Marina Del Rey

Edging San Francisco Bay, this circuit is one of the most popular rides in the area, pleasant and rolling, with little traffic once you pass through downtown Sausalito and Tiburon. It utilizes roads and bikeways, including the Mill Valley/Sausalito Multi-Use Path, which cuts through beautiful Bothin Marsh Preserve. At the end of the Tiburon Peninsula, stay on Paradise Drive, which twists and turns along the rim of the bay before looping back the way you came.

Where To Dock:
Schoonmaker Point Marina

This route traces a 60-mile loop around the shoreline of Lake Washington in the heart of Seattle. It follows a mix of trails and city streets and keeps to mostly residential areas that provide plenty of scenic views of the lake, along with the surrounding mountains and hills in the distance. Waterfront parks on both the east and west sides of the lake let you stop and stretch your legs with “refueling” stops in nearby Bellevue, Kirkland and downtown Seattle. 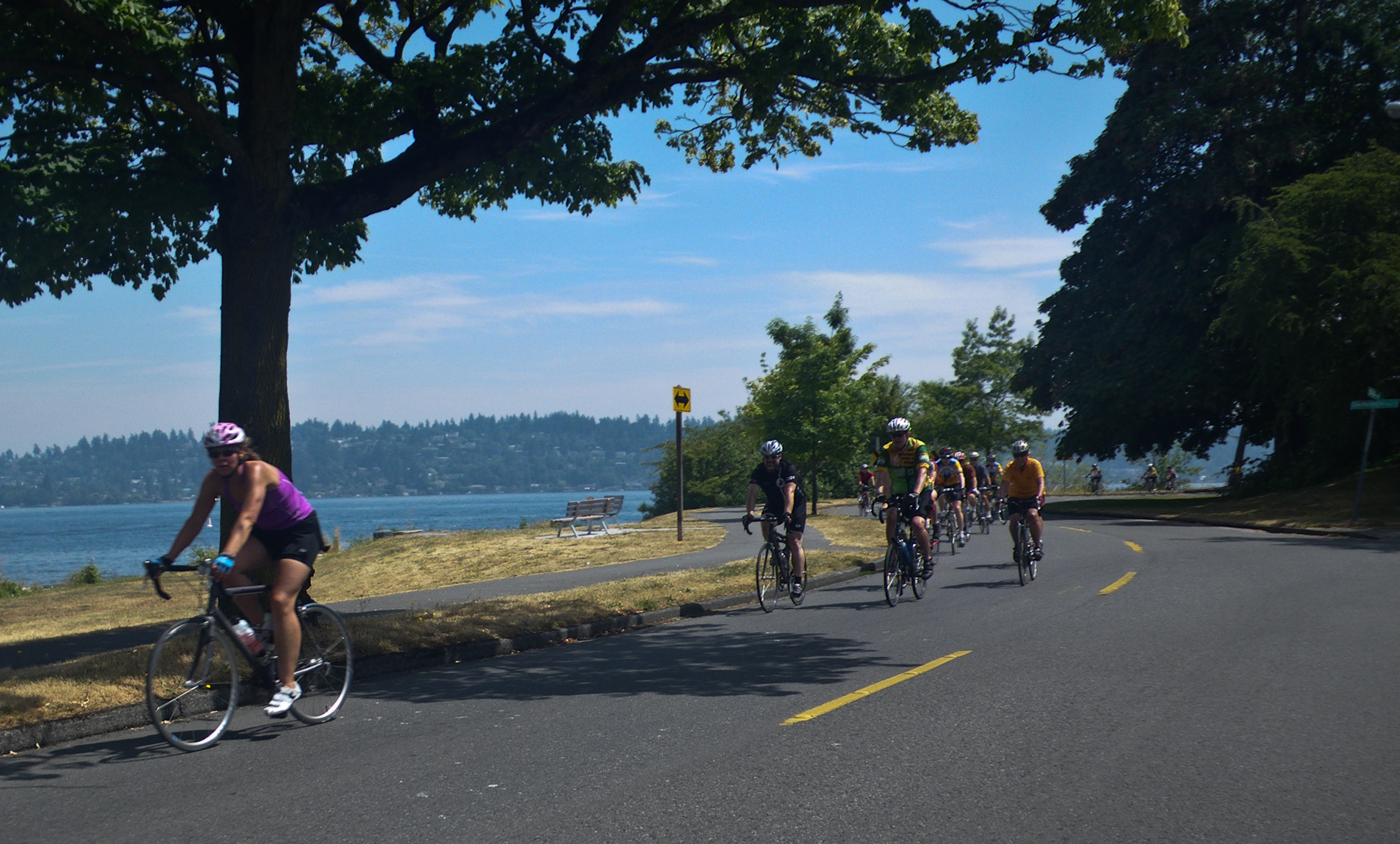 Where To Dock:
Bell Harbor Marina