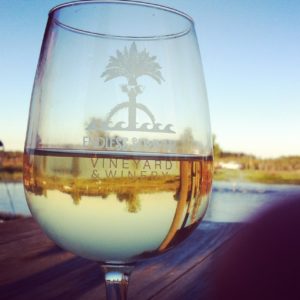 The short list of reasons why people love Florida includes year-round warmth, pristine beaches, palm trees and spectacular sunsets. Now you can add top-notch wine and beer to this list. Over the past decade, the Sunshine State has become a major alcohol producer of Florida Beer & Wine fueled by entrepreneurial ventures across the state. To date, Florida boasts 30 wineries and 300+ craft breweries.

Florida’s love affair with alcohol began more than five centuries ago in St. Augustine. Founded in 1565 by Spanish explorers, its historical roots are on display in the Castillo de San Marcos, the oldest and largest masonry fort in the continental United States.

Spaniards and Huguenots brought grapevines from their home countries, but the plants did not thrive, so they chose an alternative in the native muscadine grapes found growing wild nearby. The muscadine grapes produce sweet wines ranging from port to rosé, sparkling, and other white and red varietals. 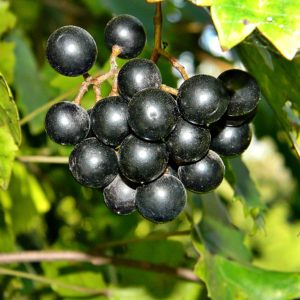 St. Augustine today is a microcosm of the state’s burgeoning booze industry. Its San Sebastian winery produces more than a million bottles of wine each year. Four independent brewers are creating beers with a unique flavor and style that form a vital part of the city’s nightlife.

As local lagers and vino take root across the state, brew meisters and vintners are banding together to generate excitement about their wares. For example, Treasure Coast Wine & Ale Trail released a map sending ale adventurers out to try new breweries and wineries on the Atlantic Coast from Sebastian to Port St. Lucie. The following list includes some of Marinalife’s favorite destinations around the state to sip and sample craft beer and wine.

Due South is an independent, veteran- owned craft brewery with beer in 1,000+ stores, bars and restaurants from Tampa to Key West. Its Boynton Beach brewery is housed in a 27,000 square foot warehouse where they produce dozens of beers throughout the year. As the story goes, owner Mike Halker went looking for wine-making supplies so he could create sulfite-free wine for his wife Jodi. The shop owner he visited convinced him that wine takes too long and he should try making beer instead. When Mike said he didn’t like beer, he was told, “You haven’t had the right beer yet.” He took the shopkeeper’s words to heart and started brewing. On weekend visits to the brewery, you can eat from local food trucks and watch his latest batch brew.

Where to Dock: Boynton Harbor Marina

This family-owned boutique winery is a result of owner and vintner Gary Robert blending his love of history and surfing with native muscadine and fruit wines. Gary started collecting classic surfboards and memorabilia in 1972, and some are on display in the tasting room. The vineyard offers group tours, and food is served in its pavilion by the pond. Wines sound like they were named by a perennial surfer and reggae fan. For example, Webejammin is a sweet white table wine made from golden muscadine grapes, and Rastamon Red is a crisp, semi-dry red that’s great for picnics when chilled or at room temperature.

Established in 2013 as the first brewery in Fort Pierce, Sailfish combines the flavors of the Treasure Coast with an angler’s sense of adventure. Its taproom is a lively gathering place equipped with 10 big-screen TVs, dart boards, fussball, cornhole and other leisure-time amenities. Brews take on a fishy theme: White Marlin Witbier, Tag & Release American Red Ale, Trigger Fish Porter and Fish Whistle Pale Ale. Pizza, wings and pub food lure you into hanging around to enjoy the upbeat vibe. 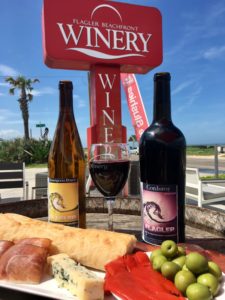 In 2001, winemaker Ken Tarsitano was an aspiring adman who spent his childhood watching his grandfather home brew in the basement. He ditched advertising and bought his great grandfather’s dairy farm to make wine. Eighteen years later, he owns a winery across the street from the beach with an expansive ocean view. Tarsitano, who specializes in organic grape production, is also known for his pint-sized wine slushies, which you can customize with your favorite flavors. Stop by for $5 sangria on Sunday and take your pick from a stash of board games inside.

Where to Dock: Flagler Bridge Marina

The first microbrewery in Clearwater was founded six years ago in a 9,000 square foot warehouse in the Regent Commerce Center by husband and wife team Ken and Julia Rosenthal. Since then, the brewery has won six Best Florida Beer Championship medalsand brews 10 million barrels of beer each year. Their most popular year-round beers are Lucky Lucy Strawberry Blonde, which is brewed with Plant City strawberries, and Clearwater Honey Cream, made with the special ingredient Florida orange blossom honey. Both Ken and Julia spent years at Anheuser-Busch learning their craft.

Where to Dock: Cove Cay Marina

Madeira Beach is where wine happens. Just steps from the beach, you can find 20 varieties of Florida wine that have won almost 50 awards over the winery’s first four years in business. The tasting bar is open all day with free wine samplings. The gift shop offers Florida-grown gourmet foods, and you can choose your eats while listening to island-style music.

Where to Dock: Madeira Beach Marina

Where to Dock: Pass-A-Grille Marina 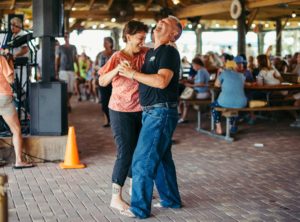 If the typical Florida winery boasts manicured acres of ripening fruit and lovely tasting rooms filled with customers clinking glasses, Gilded Grape does not fit in. This storefront in a Punta Gorda strip mall offers a new take on Florida wineries — making it yourself. White merlot, deep orange chocolate port and the seasonally inspired tangerine lemon wine are some intriguing combinations. Be prepared: It takes a couple months while your personal creation ferments, so you need to make arrangements to come back and pick it up or have it shipped.

Celebrating its third anniversary, this microbrewery features a taproom, wine lounge, and a large brew house with ping-pong, cornhole and TVs. Brewmaster Ken Johnson presents 23 taps of beer that he makes on-site. This brewery is family- and dog-friendly. Check out the cigar bar and food truck serving New Orleans fare outside. The Mindbinder Double IPA and Karma IPA come highly recommended. Non-alcoholic beers are available.

Where to Dock: Bahia Mar Marina

Located in the Morada Way Arts and Cultural District, FKBC is the Upper Keys’ first microbrewery, and it offers a good selection of their favorite beers, as well as seasonal and barrel-aged beers on draft. The owner and head brewer Craig McBay is a Canadian transplant who fell in love with the ocean, beaches, fishing and everything Florida has to offer. His infatuation with brewing began years ago with a home brew kit and evolved to produce beers that are becoming local legends. He owns the brewery with his “island babe” wife Cheryl.