THIS OR THAT >
Mid-Atlantic
Best of Lists

FROM THE BIRTHPLACE CITY TO THE BOATING CAPITAL, ENJOY FUN FACTS ABOUT MARINALIFE’S TWO MARYLAND HOMES – BALTIMORE AND ANNAPOLIS!

HOW IT ALL STARTED 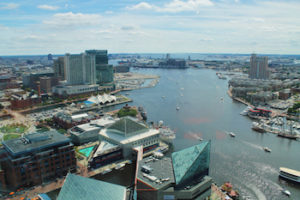 Marinalife founder and Baltimore native, Joy McPeters, created the magazine in 2000. From a small startup located on Key Highway, the growing company moved to The Barge in the heart of Baltimore’s Inner Harbor boating scene in 2015. Operations moved to South Baltimore before relocating.

The Port of Baltimore was established in the 1700s and quickly became a major seaport and ship-building center. As the deepest harbor in Maryland’s Chesapeake Bay, it has a long history of welcoming some of the largest container ships in the world.

A city that sits along the water’s edge, marinas span across Baltimore from the Inner Harbor all the way east to Essex in Baltimore County. For water activities, check out the Downtown Sailing Center, kayak in the harbor or simply take a ride on the water taxi.

Walk the cobblestone streets of historic Fells Point, which is filled with hip bars and restaurants in buildings that once were sailor havens. Just across the water is Harbor East’s upscale neighborhood with new hotels, eateries and one of the city’s best marinas.

TYING UP YOUR BOAT

Directly in the heart of downtown lies plenty of dockage to choose from including Inner Harbor Marina, Harbor East Marina, Baltimore Yacht Basin, Lighthouse Point Marina or Harborview Marina where Joy once docked her favorite boat, the 31 Pursuit.

HOW IT ALL STARTED 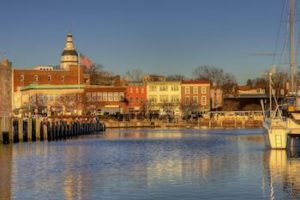 Marinalife joined the Oasis Marinas family in 2017 when Joy partnered with Dan Cowens, CEO of the marina management company. They packed up the Baltimore office and relocated to West Street in downtown Annapolis.

As a major port in the 17th century, the shipping business declined as the Port of Baltimore flourished. Annapolis became a main hub for Chesapeake workboats, plus the home of the U.S. Naval Academy, National Sailing Hall of Fame, world-famous yacht builders and Maryland’s state capital.

Boasting itself as “America’s Sailing Capital,” the city is home to international sailing events, regattas and the annual U.S. Powerboat and Sailboat shows. Visit the Annapolis Maritime Museum for local nautical history and attractions.

Dock your boat near Ego Alley and see how the waterway got its boastful name. Stroll around downtown to sightsee historic structures, the state house dome and St. Anne’s Episcopal Church. Check out harborfront restaurants, such as historic Middleton Tavern or McGarvey’s Saloon.

TYING UP YOUR BOAT

The waterside city is home to marinas from Annapolis Town Dock and Annapolis City Dock in the heart of downtown, to smaller slips in residential neighborhoods such as Fairwinds Marina.